The A62, Manchester Road, was the last road to be tumpiked. It was opened in 1839 along the route that we use to-day and resulted in the building of a significant number of new purpose-built public houses along its path. 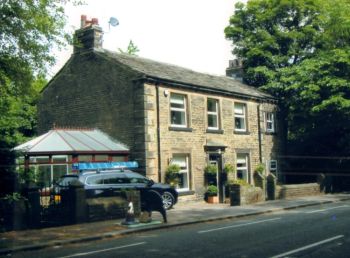 Working from east to west the first inn in Marsden was The Rising Sun Inn which was present in 1851 but had closed prior to the 1891 census.

In 1905 Henry Fisher, a woollen manufacturer of nearby Lingard's Wood House made a deed of gift to his son, Charles Henry Fisher, of various properties at Lingards including "all that Messe or Dwelling House erected and standing upon a piece of land formerly used as an Inn or Public House called The Rising Sun". The house and attached cottage which was built on the site of The Rising Sun remains and is now called Park View.